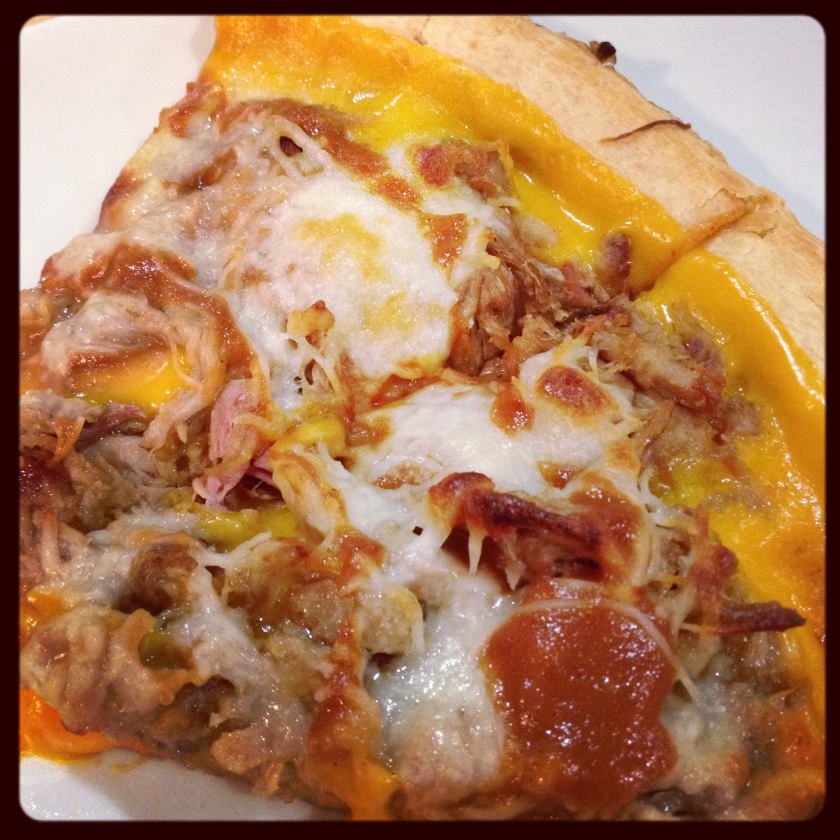 A variation to Matt’s Pulled Pork Pizza, this is using Nacho Cheese and less barbecue sauce. It was really good but definitely a splurge night kind of dish because the entire pizza has 2450 which means a serving of a ¼ of the pizza is about 613 calories.