It looks like the half bath will be finished soon. It had been painted a couple of times since someone removed the original wallpaper. But the trim, cabinet, and door had yellowed. Matt had already replaced the toilet and purchased a new fan and air vent so I originally thought a new coat of paint would be enough to freshen it up a bit. But then I looked at the countertop. Fresh white paint on the trim would just highlight the yellowed marble countertop. So initially we thought we could just replace the countertop and paint the cabinet but considering the cost, it would be about the same price to just buy a new vanity. 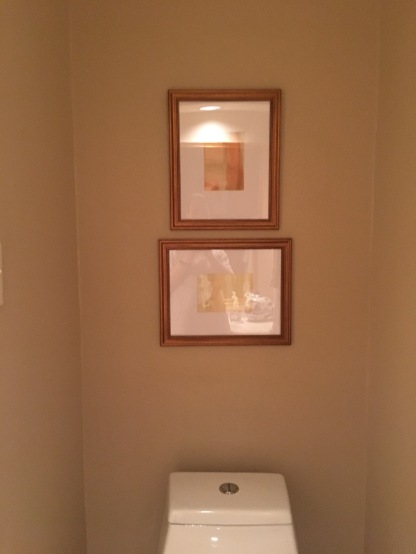 So after removing the cabinet and countertop, we realized we would need to lay tile. 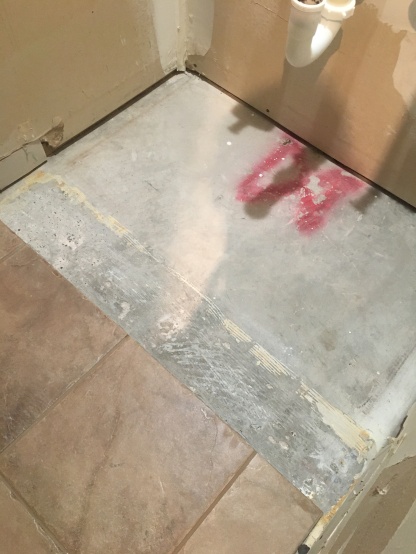 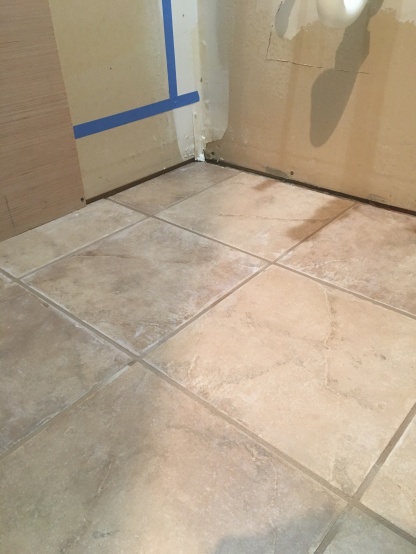 The mirror was glued to the wall and left a lot of residue. After attempting to repair the sheetrock, we realized we would just need to replace it. 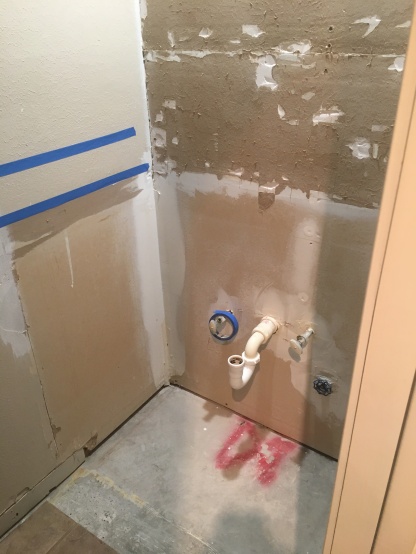 But the other pieces of sheetrock were textured. Instead of matching that one section, Matt decided to take all the sections to a smooth finish. 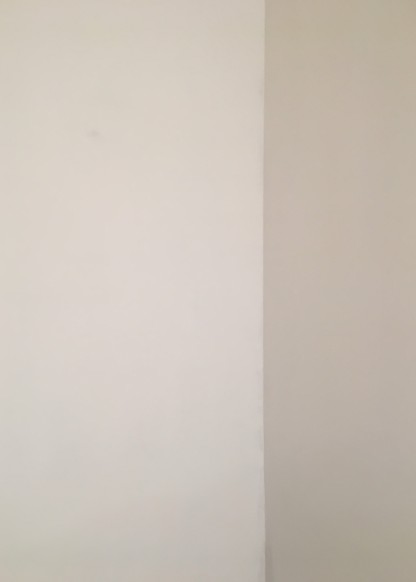 The sheetrock seems to have been the most time consuming task (the dry time required between layers of skim coats really stretched the task out). 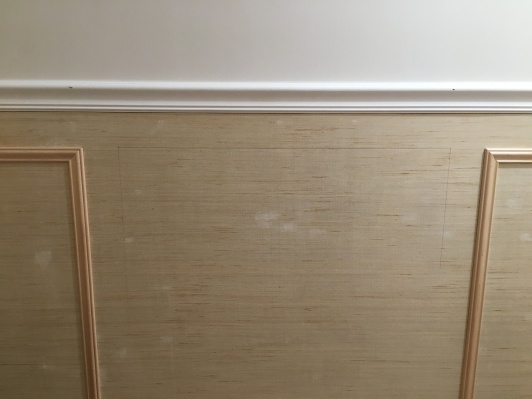 Matt then cut and installed all the trimwork (crown molding, chair rail, baseboards, paneling, and frames inside the panels.

We did run into a paint issue. BW White Dove turned out to be too warm for the lighting in this room. There is no natural light so everything looks darker in this room. Compared to the white ceiling, BM White Dove looked yellow. Part of the issue may have been that it was mixed at Sherwin Williams but I used the color in other places in the house and it looked fine so I think it was just that room’s lighting. Matt ended up using a can of Valspar Semi-Gloss paint (no color, just straight from the can).

The walls are a little darker than planned as well. It is BW Pale Oak. It coordinates well with the rest of the neutral walls in the house. 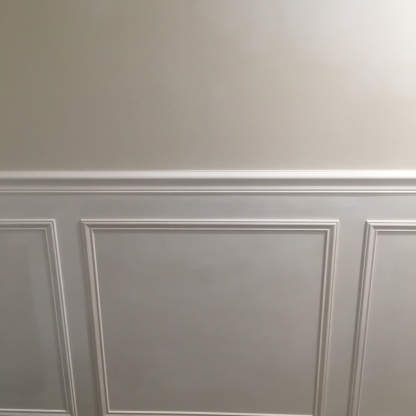 It looks like this weekend, we will be able to install the new vanity, mirror, and accessories. We are looking forward to the end of this project (mostly Matt because I haven’t really done much).