During the holidays my mom and I started talking about arm knitting (which apparently all the kids are doing these days) and figured out that regular knitting is for the birds. After watching this video DIY Arm Knitting – 30 Minute Infinity Scarf, we learned how to arm knit pretty quickly. We watched a few other videos as well and determined that this girl did the best job of showing the technique. My first scarf took a little more than an hour. The more I did, the faster I got. The first scarf I made, my mom helped and we did two loops and I believe ten or twelve stitches. It is more like a neck blanket which is great for me but may be too much for a southern winter.

Here is the first scarf (two loops, ten or twelve stitches) modeled by my horse. 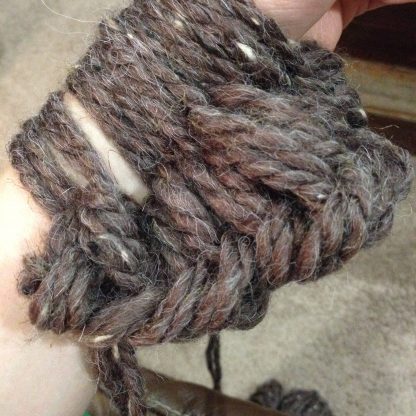 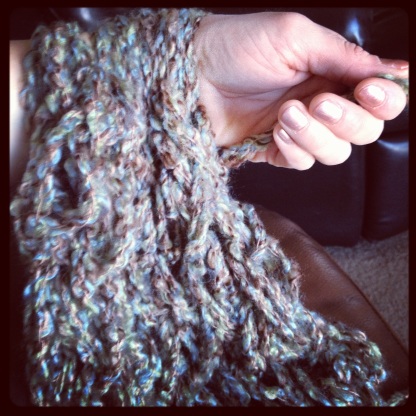 So far all I have used is this fuzzy super bulky (6) yarn. Next I will be trying the yarn that looks more like rope. This has been a good indoor project (it is -60 degrees outside). So far it looks like you can get two one loop scarves and one two loop scarf out of the two balls of yarn you use. After making a few more scarves I think I want to try to make a blanket and because I can now wear hats (because it’s -60 degrees outside) my next project may be making this Slouchy Beanie Hat using a round knitting loom. 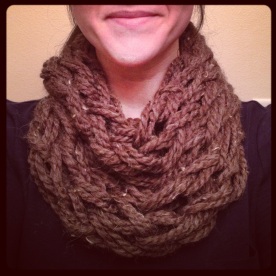 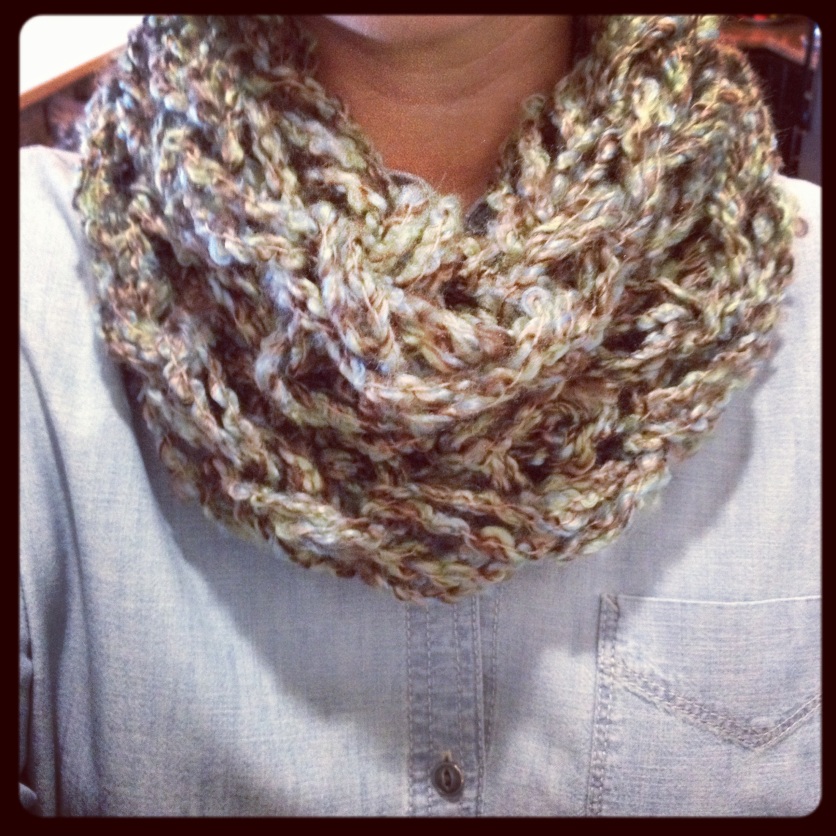